Pork; the other white meat. Generally, I enjoy pork. My partner can fry a pork chop so perfectly that I almost prefer it to steak (almost, but not quite) and my mother-in-law’s picnic ham is Sunday dinner perfection. Pork tenderloin though? Well, it usually sucks. Not to offend tenderloin fans but there, I said it. Let me explain: there’s not a ton of fat on that particular cut of meat. While you may think that’s a good thing it is not. When it comes to flavour, fat is your friend. Also, this low fat content can also translate to dry meat if not handled properly. Basically what it comes down to is as far as meat goes, fat is your friend. It won’t help your waistline but I’ve come to the realization that life’s too fucking short for shitty meat (or shitty sex, but that’s a conversation for another time amigos). Scroll below to find this Honey Garlic Pork Tenderloin recipe. 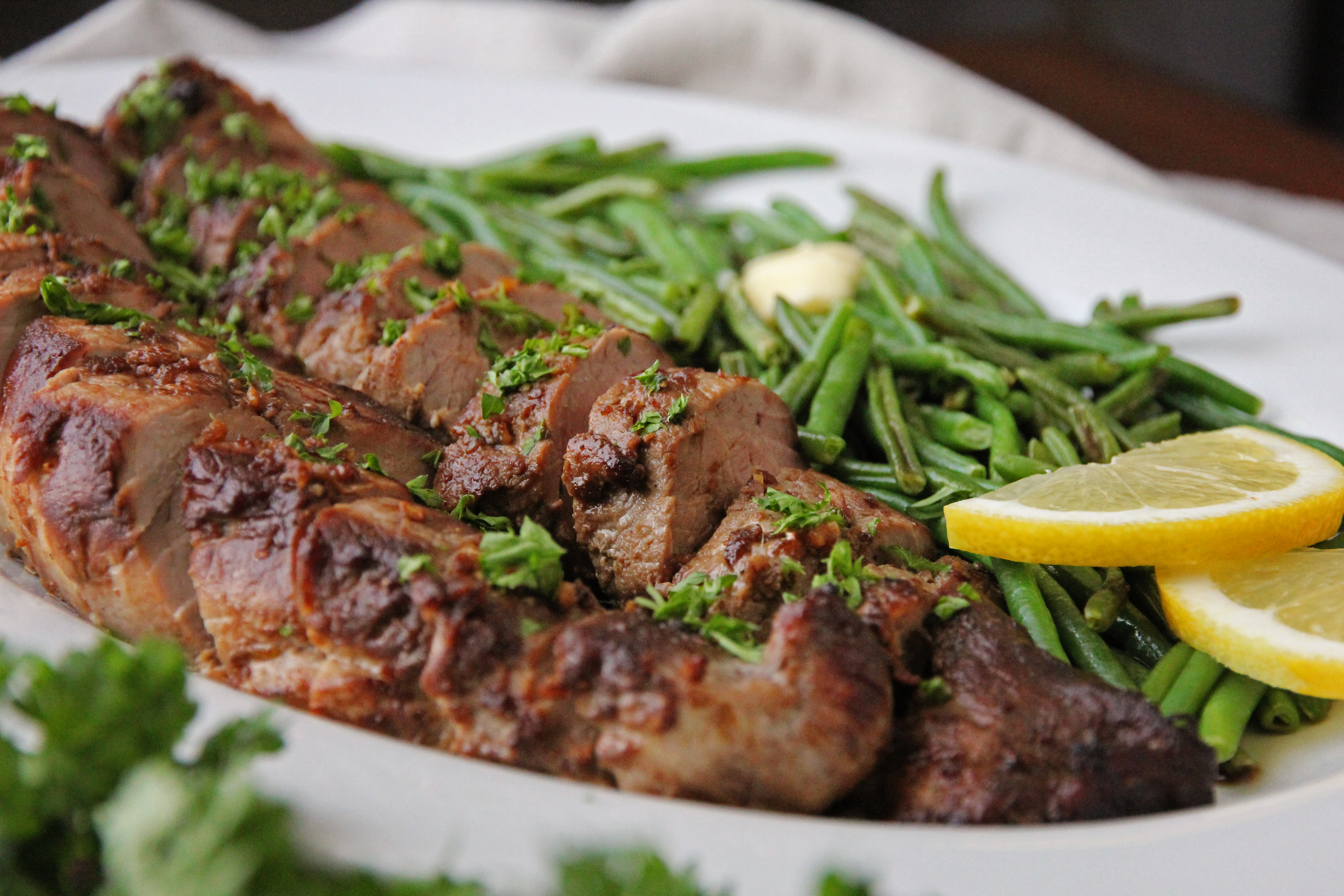 Here's what you'll do: