On weekends when the stars align and my boyfriend isn’t catering or working crazy hours at his restaurant, we "glamp". I use the term “glamp” loosely. “Glamping” normally consists of luxurious accommodations and although we are technically sleeping in an RV, ours is by far the crappiest on site. She was built before I hit puberty and looks like she’s lived a hard life of sex, drugs and rock ‘n roll. Like the Amy Winehouse of recreational vehicles, our little ’98 Sportsman has probably seen some shady shit in her day. Nevertheless, the train wreck is ours and like a cheap booty call we hit her up every chance we get. The campground itself is nestled along the Restigouche River (pictured below with our kiddos playing) which makes up for the less than stellar sleeping arrangements. You know what they say; location, location, location. This weekend, I thought it would be cool to bake a dessert that emulated s’mores. See, traditional s’mores are great until they involve flaming marshmallow torpedoes accidently being launched by the kids (I am just waiting for the day that one lands in my hair and burns a tennis ball sized crater into my scalp). I found this recipe on If You Give a Blond a Kitchen (attached below) and modified it slightly. I must warn you that these bars are hella messy. This being said, what they lack in neatness they make up for in ooey-gooey deliciousness so they are TOTALLY worth the sticky fingers. Scroll below for this tasty S’mores Bar Recipe. 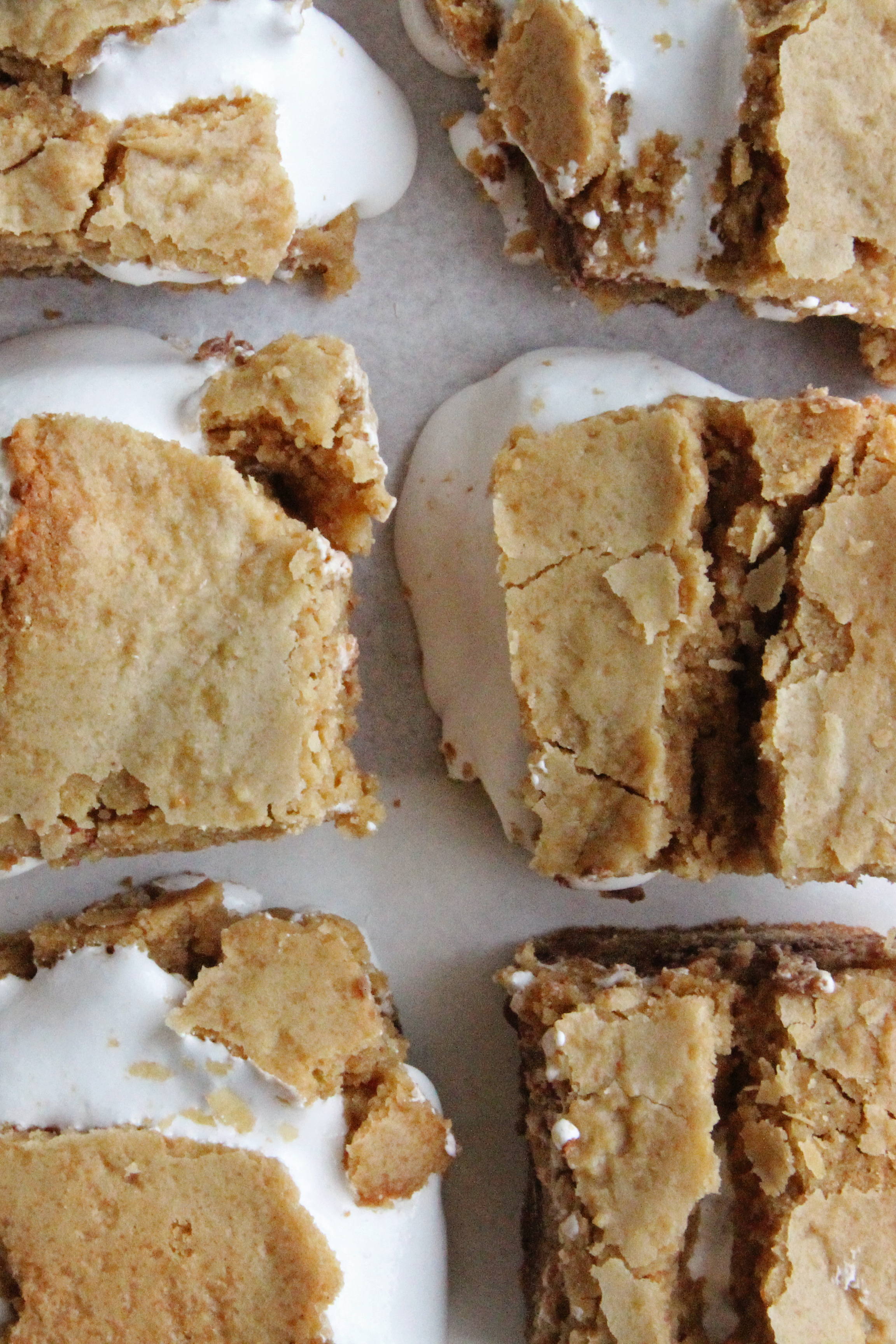 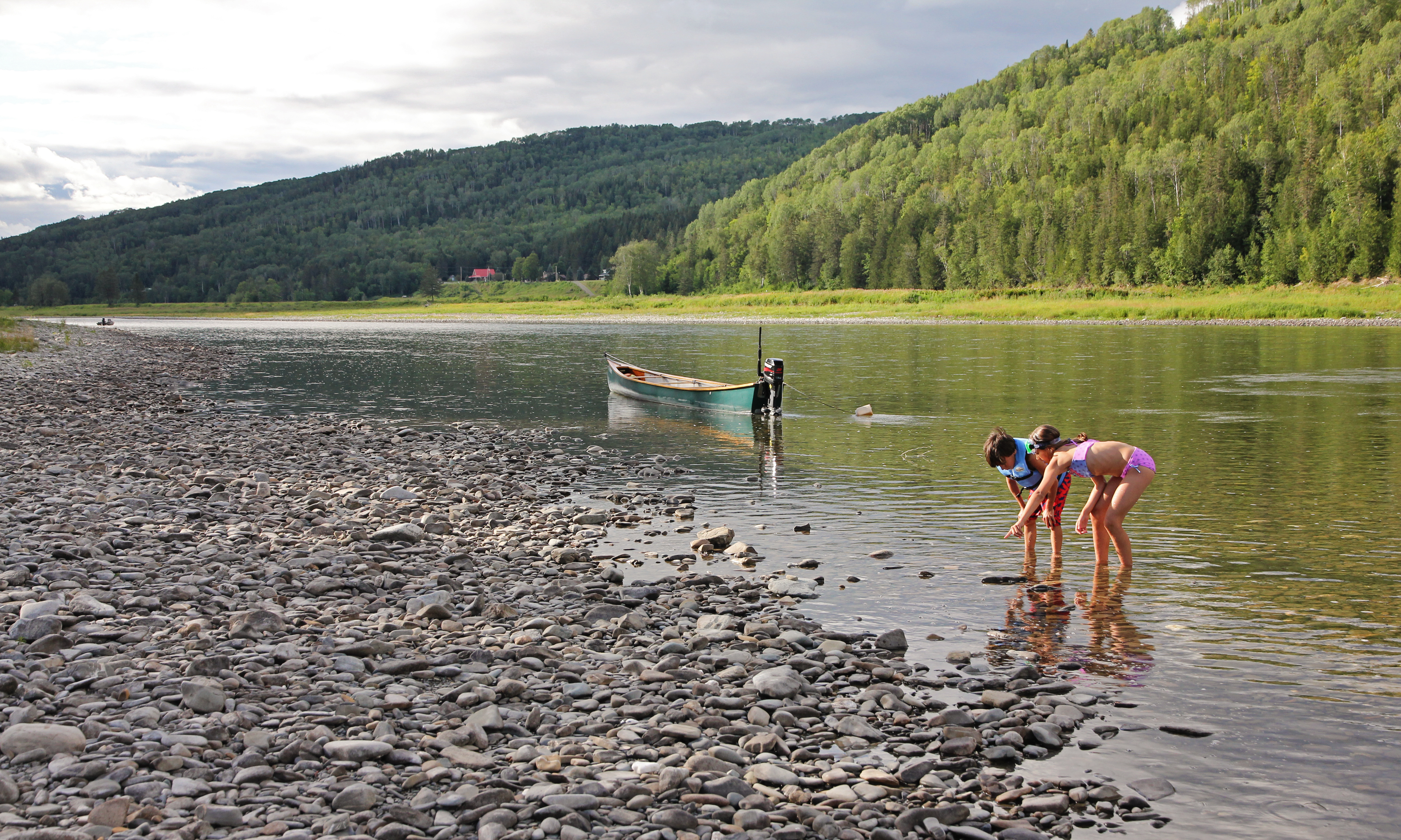 To check out the original recipe, head over to If You Give a Blonde a Kitchen.